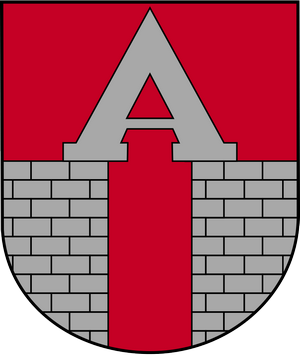 This is a travel Guide about the country of Polska which is located in central Europe. You are very welcome to visit my site and I hope that you will enjoy the experience.

My guide is easy to use as each village, town and city has it's own page with useful information for the visitor. Not all sections appearing on the left of my guide, on this place may have information as this is an ongoing project.

It may be the case that this location has not yet been reviewed and written about so if you can contribute any information about this place to improve this guide please send it to Aleksandrów Łódzki Travel Guide.

You will find the full range of accommodation in this town from the most luxurious five star hotels with up to date and modern amenities to pensions (a type of guest house or boarding house) and rooms or apartments at very reasonable prices. Some of the larger towns and cities will also have hostels.

If you prefer to stay in a more rural location there are a number of “Agro” style of accommodation places on farms and in the countryside plus there may be camp sites nearby.

If you see something you like or wish to know more about please contact the accommodation directly as I do not take commission and I take the attitude that their own website will have more up to date details on what they offer than if I were to include it here.

If you wish to advertise your accommodation on Aleksandrów Łódzki Travel Guide please contact me.

This place to stay may just be the right accommodation for you.

Poland is a country with a large variety of landscapes, a place where you can experience all four seasons. This provides the visitor with many opportunities for adventure and different activities and visiting attractions, whether you enjoy the mountains, lakes, rivers or the beaches you will find something that suits you.

If you see something you like or wish to know more about the activity or attraction please contact the provider directly as I do not take commission and I take the attitude that their own website will have more up to date details on what they offer than if I were to include it here.

What ever activity or attraction you run, if you wish to advertise on Aleksandrów Łódzki Travel Guide please let me know.

Awaiting Article
This activity or attraction may just be the right one for you.

Aleksandrów Łódzki is one of the few cities of the then Mazovian Voivodeship formed from the beginning of the 19th century, in an era that also brought about the development of the Łódź industrial district. The initiators of the textile industry were primarily the autonomous authorities of the Kingdom of Poland. Rafał Bratoszewski, the owner of Bruce Wielka, located on the Bzura estate, was also among the most prominent pioneers in the Polish industry. Rafał Bratoszewski decided to set up an industrial settlement with the desire to raise the profitability of his goods. A new settlement was established in 1816 in the area of ​​the virgin, at the course of the journey from Zgierz to Lutomiersak. It received a modern, uniform urban layout, which made it better distinguish it from other nearby industrial centres, where there were predominantly two distinct urban organisations linking the new industrial settlement to the old city. The settlers arriving at Bzura came mainly from Silesia and Wielkopolska. It should be assumed that most of them were of German nationality, although the settlers came from areas once ethnically Polish.

Next to the Germans arriving from the territory of Prussia and the Poles from the surrounding villages and towns, the Jews were engaged in trade and handicrafts. As early as 1820, the population of the settlement was over one thousand people. The successful development of the industrial settlement in the Bru- bic goods was crowned with the granting of city rights, which took place on 22 March 1822. The city was named after Aleksandr, after the name of Russian Tsar Alexander I. From the beginning, the name of the city was the second, referring to its administrative affiliation. In official correspondence the name Aleksandrów Łęczycki was used. At the same time, the form of: Aleksandrów Fabryczny. With the dominating position of Łódź throughout the region at the end of the 19th century, the name Aleksandrów Łódzki came into existence. Alexander's successful development lasted until the November Uprising (1830-31).

After the fall of the textile industry, the economic downturn was worsening, leading to a severe crisis.

In the decade of 1835-1845 the population of the city began to grow again, but soon another crisis cut the foundations of the city's economy. On the eve of the January Uprising, the population of the city was drastically reduced. Regress in the textile industry in Aleksandrów and a rapid decline in the number of inhabitants became a convenient pretext for the Russian authorities to take the city's rights, which took place in 1869. Aleksandrów again became a settlement, administratively owned by the municipality of Brucy Wielka.

The second half of the 19th century brought an improvement in the economic situation of the settlement, which was related to changes in the assortment of local industry. The outbreak of World War I opened a whole new period in the history of Alexandria Lodz and in all areas of life. On the outskirts of Alexandra, in the autumn of 1914, the line of the German-Russian front. In the course of heavy fighting the settlement became an object of artillery attacks. The army of the Emperor Wilhelm II occupied Alexandria at the end of 1914, introducing its occupation administration. The end of the German occupation occurred in November 1918. The first years in the reborn Poland were difficult. The settlement was partially destroyed, its industry was not functioning due to cut off from the markets and devastation during the war. Immediately after the war, efforts were made to restore a settlement of urban rights, which would create more favourable conditions for its development. They were successful only in 1924.

This article has been shared from the official site https://aleksandrow-lodzki.pl

Polska is full of history and the Polish are great lovers of knowledge of the past so you will find many museums in the country, whether it be a folk, military, science, skansen, transport or any other type.

Accept a free advert about your museum and include it below by writing an article about it here on Poland Travel Guide. Follow the link for the article. For the rest, if you see something you like or wish to know more about please contact the museum directly as I take the attitude that their own website will have more up to date details on what they offer than if I were to include it here.

What ever museum you run, you can advertise it on Aleksandrów Łódzki Travel Guide at no cost.

This museum is full of interesting things to see.

Places to Eat in Aleksandrów Łódzki

What Wikipeda says about Polish Cuisine

Polish cuisine (Polish: kuchnia polska) is a style of cooking and food preparation originating from Poland. It has evolved over the centuries due to historical circumstances. Polish national cuisine shares some similarities with other Central European and Eastern European traditions as well as French and Italian similarities. It is rich in meat, especially pork, chicken and beef (depending on the region) and winter vegetables (cabbage in the dish bigos), and spices.

It is also characteristic in its use of various kinds of noodles the most notable of which are kluski as well as cereals such as kasha (from the Polish word kasza). Generally speaking, Polish cuisine is hearty and uses a lot of cream and eggs. The traditional dishes are often demanding in preparation. Many Poles allow themselves a generous amount of time to serve and enjoy their festive meals, especially Christmas eve dinner (Wigilia) or Easter breakfast which could take a number of days to prepare in their entirety.

If you wish to advertise your cafe, restaurant or bar on Aleksandrów Łódzki Travel Guide please advise me.

This place to eat may just be the right one for your pallet.

Tourist organisations are welcome to contact me for details on how to display their information on Aleksandrów Łódzki Travel Guide.

PTTK Polish Tourist and Sightseeing Society is a non-profit organisation that you will find in many places in Poland.

Here are some useful websites to help you find your way to this place.

If you have a website that is an official one linked to this town, or you administer a local community or an important trade site please contact me here at Aleksandrów Łódzki Travel Guide as I may be interested in including it.

The Łódzkie Voivodship was created in 1999 and is located in central Poland.

The cities, towns and villages of the region of Łódzkie.

For the LORD is righteous, he loves justice; the upright will see his face. — Psalm 11:7