The province of Lower Silesia or Lower Silesian Voivodeship (polish: Województwo Dolnośląskie) is located in south-western Poland. It has borders on the Czech Republic in the south, the state border is 432 km long and Germany (Saxony) to the west, the state border is 80 km long. Lower Silesia covers an area of about 20 thousand square kilometres and is 6.4% of the total land area of the country of Poland. About 7.6%, nearly 3 million people of the Polish population live in Lower Silesia and the density of the population is about 20 per cent higher than the average for the country.

There are 91 villages, towns and cities in Lower Silesia, representing 10.2% of all the places in Poland. Wrocław being the capital has about 634,000 inhabitants and is an important economic, scientific and cultural centre which has a growing impact on the other regions within Poland.

There are a large number of companies, including enterprises with foreign capital and this continues to increase year on year helping the unemployment rate to decrease throughout the region.

Województwo Dolnośląskie is a region full of history, mysteries and unsolved riddles. Four kings in the past centuries were fighting for the possibility of governing the region and the area was also the stage of numerous wars and invasions. 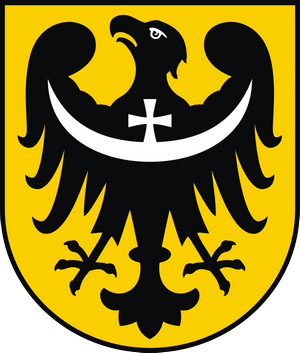 Help! I need information on this to enable me to complete this page. If you can provide me with information please send it to me using the contact page.

Travel and transport throughout the region of Województwo Dolnośląskie is good. There are many buses that run all over the region with good links from the city of Wrocław.

You will also find this type of information shown on the individual pages for the cities, towns and villages for this region.

Help! I need information on this to enable me to complete this page. If you can provide me with information please send it to me using the contact page.

In 1999 there were more major changes with a new level of local government, district and 16 regional provinces were set up. This created a system of administration which was adequate for the requirements of modern Poland within Europe with territorial division of the state.

Local government, as opposed to the State Government is not bound by the explicit instructions of the State as it's main task is to meet the basic needs of the local community. The essence of devolution of power from the State is to provide closer connections to the citizen, to provide for their needs, because in Poland there is a presumption of competence in favour of the municipality as a unit which is nearest to the residents.

The Lower Silesian Voivodeship is divided into 30 counties (powiats), four of which are city counties. These are further divided into 169 gminas.

The Województwo Dolnośląskie region has every type of accommodation available from simple rooms to the grand hotels and everything in between.

One of the delights of travelling is to sample the food of the part of the world you are visiting. Województwo Dolnośląskie will not be a disappointment to your palette. Button below not operational yet.

Submit yourselves, then, to God. Resist the devil, and he will flee from you. Come near to God and he will come near to you. Wash your hands, you sinners, and purify your hearts, you double-minded. — James 4:7-8