The region has three names Województwo Małopolskie (Polish) or the “Lesser Poland Voivodship” and in English Małopolska Province. It was created in 1989 and is located in the south of Poland. The province lies on the territory of the historic Little Poland (Małopolska).

The Tatra, Pieniny and Beskidy Mountains on the border with Slovakia, form part of the Carpathian range and are some of the most beautiful mountains in Europe. They are known as Poland's winter Ski resort.

Małopolska province includes 22 Powiats, (districts) including 3 municipal ones. These in turn are divided into 182 municipalities. It has an area of 15,100 square kilometres, and a population of 3,2 million people Crakow (Krakow) is the capital of the region. Województwo Małopolskie has 59 towns and about 5,500 villages throughout the region. 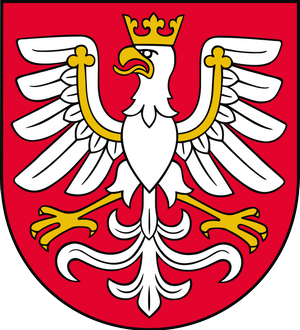 The old capital of Poland, Crakow (Kraków) is a major European tourist destination but the mountains to the south have been drawing skiers for many years and hikers in the summer. There are four national parks and many reserves that have been established in the region.

Also the salt mine at Wieliczka, the pilgrimage town of Kalwaria Zebrzydowska, and Kraków’s Old Town are ranked by UNESCO among the most precious sites of world heritage.

Wadowice was the birthplace of Pope John Paul II where there is a museum about the late Pope’s childhood.

Tourism is covered in much more detail on the individual pages associated with the cities, towns and villages of Małopolska Province. 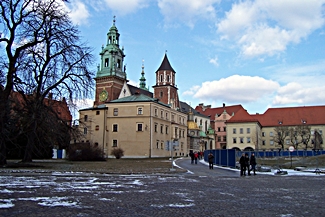 Travel and transport throughout the region of Województwo Małopolskie is good. There are many buses that run all over the region with good links from the city of Krakow.

You will also find this type of information shown on the individual pages for the cities, towns and villages for this region.

Please follow the link below for more detailed information for the province of Małopolska including air travel, railways, coach and bus services. 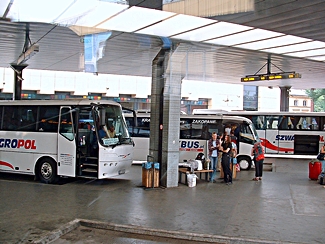 Where is Województwo Małopolskie?

“Our region appears on three short lists. First of all, Małopolska Province is ranked fifth among the most attractive regions of Eastern Europe (rising from the 7th place in the previous edition). We were overtaken by 3 regions from the Czech Republic and the Central Federal District from Russia. Śląskie, WIelkopolskie and Mazowieckie Voivodeships and the central regions of Bucuresti and Bratislava ranked lower.

Województwo Małopolskie takes the second place among the regions of Eastern Europe in terms of its FDI strategy. The list starts with Plzen in the Czech Republic. Further places are taken by the Opolskie Voivodeship, “Metropolis Silesia” and the yet unknown Polish region “Ząbkowice Śląskie” (sic.).

Województwo Małopolskie also appears, unfortunately in the tenth place, in the category of mid-sized European regions with top cost effectiveness.

Małopolska Province performed best in the category of all mid-sized European regions with top FDI strategy, where it ranked tenth (ex equo with the Liverpool City Region). It is the only Polish region in this group, competing with territorial units from the Netherlands, Sweden, Great Britain, Belgium and Italy.”

The above information can be found on the website, Business in Małopolska Centre (CeBiM) which is a unique initiative in Poland, aimed at improving investor and exporter services and economic promotion of the region. If you are after business information about this region their website is a good place to start.

In 1990 the Lesser Poland Voivodship became a local self-government administration. In 1999 there were more major changes with a new level of local government, district and 16 regional provinces were set up. This created a system of administration which was adequate for the requirements of modern Poland within Europe with territorial division of the state.

Local government, as opposed to the State Government is not bound by the explicit instructions of the State as it's main task is to meet the basic needs of the local community. The essence of devolution of power from the State is to provide closer connections to the citizen, to provide for their needs, because in Poland there is a presumption of competence in favour of the municipality as a unit which is nearest to the residents.

The Małopolska region has every type of accommodation available from simple rooms to the grand hotels and everything in between.

One of the delights of travelling is to sample the food of the part of the world you are visiting. Województwo Małopolskie will not be a disappointment to your palette.

Kraków is at the heart of the Małopolska Province and each year thousands of tourists descend on the city to experience the sites and sounds and taste the food on offer. Although, it now has an abundance of fast food outlets and all the modern shops that you can find in any other European city, if you seek out the traditional Polish restaurants and explore it's ancient Jewish quarter, you will discover the real historic capital of Poland.

A place where locals will not most likely send you as this was where during the communism era, an industrial estate was established north east of Kraków.

However, it is well worth a visit as there are the Renaissance and Baroque stylised edifices of Tadeusz Sendzimir Administrative Centre along with Cistercian Abbey found in Mogiła village.

Two rivers flowing from the Carpathian mountains meet here, Kamienica and the Dunajec. Worth a visit if you are heading to the mountains as there is the remnants of a castle and the Gothic collegiate church of St.Margaret built at the turn of the 14th and 15th century. Other sites can be found on the Nowy Sącz page.

Wieliczka and Bochnia are possible the worlds best examples of what can be done artistically to a salt mine. Easily accessible from Kraków there are arranged tours that will take you deep underground to experience a carved domain that is unmissable. You will need good legs for this one as there are many steps!

Małopolska Province has 6 National Parks and 11 Landscape Parks awaiting your discovery with about 53% of the region having protected status. There is even a desert. The Bledowska Sands is Central Europe's largest accumulation of loose sand in an area away from any sea.

On foot, cycling or on horseback

This region is full of hiking trails and is very popular in the Carpathian Mountains. A number of cycle routes criss cross the province. The Polish are great horse lovers so it is not surprising that bridal ways take their pride of place in Małopolska.

53 skiing stations welcome winter sports people to the region catering for all ages and abilities. Since 1980 the Zakopane Ski-jumping Word Cup has taken place each year.

Województwo Małopolskie is a diverse region with Cracovians in the north and Highlanders in the south. Many of the old traditions survive to the present day with festivals, saints days and traditional food still flourishing.

With about 30% of Poland given over to forests even today, wooden architecture plays a significant roll in the present day and the past. The Carpathian Mountains are a flush with spruce, fir and larch forests as well as the broad leaf oak and beech. The Małopolska Province Wooden Architecture Route stretching for some 1500km includes 248 buildings with about 50 available for viewing in summer.

UNESCO sites in Poland five of which are located within this region.

When I consider your heavens, the work of your fingers, the moon and the stars, which you have set in place, what is mankind that you are mindful of them, human beings that you care for them? You have made them a little lower than the angels and crowned them with glory and honor. — Psalm 8:3-5