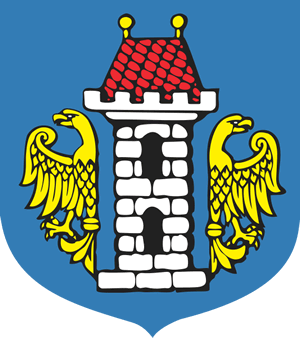 Oświęcim Travel Guide - a place in south eastern Poland in the province of Malopolska, situated 50 kilometres, 31 miles west of Kraków, near the confluence of the rivers Vistula (Wisła) and Soła. The town became part of the Lesser Poland Voivodeship in 1998 after previously being in the Bielsko-Biała Voivodeship since 1975.

The town of Oświęcim is the location of the former Nazi German Auschwitz-Birkenau Concentration and Extermination Camp (1940-1945), now a UNESCO World Heritage Site and a state museum. The Birkenau part of the museum is in the village of Brzezinka.

The town has a population of about 43,000 people and as well as its association with such evil it has now become a large industrial centre hosting the chemical plant Dwory SA located in the east of the town. Before Auschwitz became the ultimate symbol of the Holocaust, one of the most evil acts in human history, it was just an ordinary Polish town known as Oświęcim. Originally, it was populated by Germans and Poles but during the 15th and 16th centuries, the Jewish population began to grow and in a relatively short period of time the Jews were in the majority.

The Auschwitz Jewish Centre (Centrum Zydowskie w Oswiecimiu, Pl.Ks.Jana Skarbka 3-5 32-600 Oswiecim, Poland) opened its doors in September 2000 to honour the former residents of the town and to enable future generations to learn about the destruction caused by the Nazi Holocaust.

This site is a travel Guide about the country of Polska, located in central Europe. You are very welcome to visit my site and I hope that you will enjoy the experience.

My guide is easy to use as each village, town and city has it's own page with useful information for the visitor. Not all sections appearing on the left of my guide, on this place may have information as this is an ongoing project.

If you can contribute any information about this place to improve this guide please send it to us.

You will find the full range of accommodation in this town from the most luxurious five star hotels with up to date and modern amenities to pensions (a type of guest house or boarding house) and rooms or apartments at very reasonable prices. Some of the larger towns and cities will also have hostels.

If you prefer to stay in a more rural location there are a number of “Agro” style of accommodation places on farms and in the countryside plus there may be camp sites nearby.

If you wish to advertise your accommodation on Oświęcim Travel Guide please contact me.

This place to stay may just be the right accommodation for you.

Modern Oświęcim has a number of sports clubs and other sporting facilities including well-kept playing-fields, gymnasiums, tennis courts, and an indoor olympic-size swimming pool and indoor skating rink with 3,500 seats.

Poland is a country with a large variety of landscapes, a place where you can experience all four seasons. This provides the visitor with many opportunities for adventure and different activities, whether you enjoy the mountains, lakes, rivers or the beaches you will find something that suits you.

If you see something you like or wish to know more about please contact the activity provider directly as I do not take commission and I take the attitude that their own website will have more up to date details on what they offer than if I were to include it here.

This activity may just be the right one for you.

The castle of Oświęcim known as Prince's Castle is located on a hill to the north-western part of the town, laying on the right bank of the River Soła. It has a Gothic tower which dates back to the second half of the 13th century. The castle was remodelled in the 19th and 20th century but the southern end dates back to the 16th century. In it's lifetime it has seen a number of fires, resulting in the castle often being rebuilt. Historically, it was a headquarters of a castellan, of the Princes of Oswiecim, having a number of different administrators and owners. Today it houses the Historical-Ethnografical Collections.

Places to visit in and around the old part of the town include:

The Prince's Castle and Gothic Tower.

The Parish Church, the Assumption of Virgin Mary dating back to the 14th century.

The Salezian Church, Our Lady, Help of Christians dating back to the 14th century.

St.Jack's Odrowąż Chapel in Gothic style dating back to the 14th century.

The Town Hall built in the 19th century.

Poland is a country with a large variety of attractions for the tourist to visit, a place where you can experience all sorts of places to see. This provides the visitor with many opportunities for learning about Polska, whether you enjoy the many monuments, historic churches or buildings, history of places, or more modern attractions, you will find something that suits you.

If you see something you like or wish to know more about please contact the attraction provider directly as I do not take commission and I take the attitude that their own website will have more up to date details on what they offer than if I were to include it here.

What ever attraction you run, if you wish to advertise your attraction on Oświęcim Travel Guide please let me know.

This place has many attractions for you to enjoy.

The town of Oświęcim which in the 12th century was a Castellany stronghold belonging to Silesia and was the capital of the Oświęcim duchy around 1272. It was purchased by Poland in 1457 and passed to the Habsburg monarchy in 1772. Since the First World War it has again been under Poland's rule.

Even today it retains it's medieval layout having a Gothic tower and there are still fragments of the old town walls. The Market Square has buildings dating back to the 18th and 19th centuries.

The town of Oświęcim is the location of the former Nazi German Auschwitz-Birkenau Concentration and Extermination Camp (1940-1945), now a UNESCO World Heritage Site and a state museum. The Birkenau part of the museum is in the village of Brzezinka.

Polska is full of history and the Polish are great lovers of knowledge of the past so you will find many museums in the country.

Some of the museums shown below may have an article about them here on Poland Travel Guide. Follow the link for the article. For the rest, if you see something you like or wish to know more about please contact the museum directly as I take the attitude that their own website will have more up to date details on what they offer than if I were to include it here.

What ever museum you run, if you wish to advertise it on Oświęcim Travel Guide at no cost please get in touch with us.

It was in these camps that up to 1,500,000 people, mainly Jews where slaughtered, gassed in order to rid the world of God's people.

Auschwitz, the German word for Oświęcim is now known the world over for the death, cruelty and the annihilation of the Jews during World War II.

This is not a place to visit for the faint of heart but you should go there to remind yourself of the evil that human beings can adhere to. As I write this, thousands of people have been and are being slaughtered in Syria by such a mad evil human as Bashar Hafez al-Assad and his generals. Take a look at the Wikipedia page of terrorist organisations in our world today.

The Auschwitz camp was opened in June 1940 and at first Polish political prisoners where placed there. The Birkenau camp, (Brzezinka in Polish) about 3km from Oświęcim was built in the March of 1941. A forced labour camp was built nearby at Monowice in 1943.

Nazis bought in people by train, mostly Jews from all over Europe, and started to murder thousands of them every day using the gas chambers. The rest where forced to work in the labour camps with very little food until they became weak and either died or were sent to the gas chambers.

Others were used in human experiments. The camps were finally liberated by the Russians in January 1945. They found 7,650 sick and dying prisoners.

Poles see this museum as a symbol of their own suffering at the hands of evil men and have now turned it into a memorial. The camp is now a UNESCO World Heritage Site.

Places to Eat in Oświęcim

What Wikipeda says about Polish Cuisine

Polish cuisine (Polish: kuchnia polska) is a style of cooking and food preparation originating from Poland. It has evolved over the centuries due to historical circumstances. Polish national cuisine shares some similarities with other Central European and Eastern European traditions as well as French and Italian similarities. It is rich in meat, especially pork, chicken and beef (depending on the region) and winter vegetables (cabbage in the dish bigos), and spices.

It is also characteristic in its use of various kinds of noodles the most notable of which are kluski as well as cereals such as kasha (from the Polish word kasza). Generally speaking, Polish cuisine is hearty and uses a lot of cream and eggs. The traditional dishes are often demanding in preparation. Many Poles allow themselves a generous amount of time to serve and enjoy their festive meals, especially Christmas eve dinner (Wigilia) or Easter breakfast which could take a number of days to prepare in their entirety.

If you wish to advertise your place to eat on Oświęcim Travel Guide we will be pleased to hear from you.

This place to eat may just be the right one for your pallet.

Tourist organisations are welcome to contact me for details on how to display their information on Oświęcim Travel Guide.

PTTK - Polish Tourist and Sightseeing Society is a non-profit organisation that you will find in many places in Poland.

Here are some useful websites to help you find your way to this place.

If you have a website that is an official one linked to this town, or you administer a local community or an important trade site let us have your details as I may be interested in including it.

The Małopolska Voivodship (Little Poland) was created in 1989 and is located in the south of Poland.

The cities, towns and villages of the region of Małopolska.

All my longings lie open before you, Lord; my sighing is not hidden from you. — Psalm 38:9