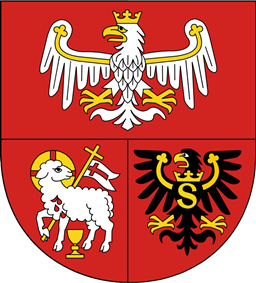 Warmińsko-Mazurskie Voivodship, or in Polish, województwo warmińsko-mazurskie, is situated in north-eastern Poland. The region was created on 1st January 1999, out of the former Olsztyn Voivodeship and parts of Suwałki and Elbląg Voivodeships, pursuant to the Polish local government reforms of 1998. The name of the province refers to the two historic names: Warmia and Mazury. Its capital and largest city is Olsztyn.

The province with its 24.000 square km area is the forth largest voivodship in Poland and is equivalent to 7,7% of the total land area of the country. To the North there is Russia’s Kaliningrad Autonomous Region, which means that voivodship’s border is also Poland’s Northern border. There are a number of border checkpoints:

* Coastal ports can be found at: Elbląg and Frombork.

Olsztyn is the largest city and it is also the capital of the region. The average density is 60 people per square km and in the villages 25 people per square km makes the average population density of the voivodship twice as small as in the other provinces of Poland. There are 1.4 million people in the region, which is equivalent to 3.8% of the total population of the country and places it 12th in Poland.

A distinctive feature of Warmińsko-Mazurskie Voivodship is its agricultural and tourist character. Warmińsko-Mazurskie Voivodship is divided into 19 districts, 2 of them being “city districts”, Olsztyn City County and Elbląg City County, and 116 gminas (boroughs), 16 are urban, 33 are urban-country and 67 of them are country boroughs. There are 49 towns and over 3.900 villages.

On 4 October 2007 October, the European Commission approved the regional operational programme for the Warminsko-Mazurskie region in Poland for the period 2007-2013. This programme involves Community support for Warminsko-Mazurskie within the framework of the “Convergence” objective. The total budget for the programme is € 1.2 billion and Community investment through the ERDF amounts to € 1.03 billion (approximately 1.6 % of the total EU money to be spent in Poland under Cohesion policy 2007-2013).

The above statement is from The EU, the full version can be found at the European Commission.

There are two larger industrial centres, at Elblag and Olsztyn and two smaller ones at, Ostróda and Ełk which are based on natural resources and agriculture including wood, building materials and food processing.

The area is rich in fauna and flora which adds to the region’s attractiveness. The main part of the voivodship (46,2%) is occupied by areas which are legally protected including, 96 reserves and 8 landscape parks.

The attractiveness of the province is amplified by a rich cultural tradition. Within Warmińsko-Mazurskie you can find historic monuments such as the  wooden and stone churches, castles, palaces, country manors, avenues of unique buildings in the cities, towns and villages. The most developed aspect of the tourism trade in the region is agricultural. There are about 3,000 farms in the voivodship many offering places to stay on real working farms.

When my heart was grieved and my spirit embittered, I was senseless and ignorant; I was a brute beast before you. Yet I am always with you; you hold me by my right hand. You guide me with your counsel, and afterward you will take me into glory. — Psalm 73:21-24